Many years ago, it is said, that elephants had small trunks with stubbed noses. One year, it did not rain for many months. The ponds and lakes began to dry up, and the streams had very little water. All the animals in the forest were very thirsty, and desperately searching for a source of water. A river used to flow not very far away from the forest, and an elephant decided to go there in search of water.

Walking slowly, he reached the river. There lived a bright green crocodile in the river. As he saw the elephant, he cried, “Go away! Water is already scarce here. If you start drinking, what will be left for me?”

The elephant knew it was a risk to pick a fight with the crocodile. So, he decided to come back to the river when the crocodile would be sleeping.

One day, the crocodile was resting on a rock. Finding this to be a good opportunity, the elephant went to the river silently and began to drink water. Just then, the toad jumped onto the crocodile’s back, disturbing his slumber. The crocodile was irritated! He began to swim around the river and shake his body violently. “Now, I shall get rid of you!” he cried at the toad. But, the toad was unmoved. 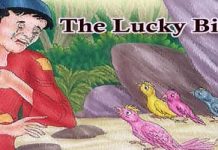 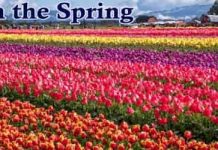